This week, my dear grandmother was supported in her long-standing grumble which she often loves to recite. BBC Radio 4’s show Word of Mouth revealed that “I” and “myself” have now entered the top 20 most commonly used English words for the very first time. Granny often declares that, ‘This generation is very selfish!’ when she sees the arrogance and vanity which us Millennials have become synonymous with. At first I wrote this off as cute sentimental nonsense. However, I reckon this denial was a reaction to being criticised and that my war-child ancestor may actually have a point.. 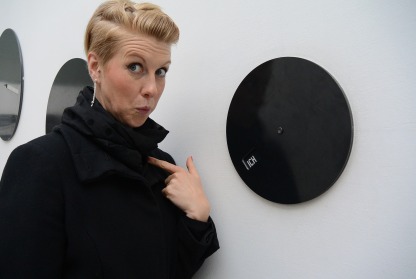 Boring bit: To understand this further, we need to travel back in time to the 1980s when one Margaret Thatcher became prime minister. The Iron Lady enacted policies which gave greater freedom to the market place to encourage maximum trade. This philosophy, neoliberalism, believes that government should eventually no longer exist and, at its heart, each individual should be encouraged to create prosperity. Since then, neoliberalism has been at the forefront of every single government since Maggy T cried her way out of Number 10.

Without sounding like a super-fan, I think neoliberalism should be given some credit. It turned around the misfortunes of a post-industrial Britain and it encourages the individual’s freedom to think. Society, however, has paid the bill for our glossy new world..

Time and money are now the greatest commodities worth having. More people may now have more money, but fewer people now have more time. This has made instant gratification king (or queen). If we want an online order, it needs to be here ASAP. If our train is delayed by a few minutes, we should start getting angry. Hell, if our lover doesn’t text back quick enough, our brains become deprived of dopamine (true story!). Who knows what other psychological shit this reactive lifestyle is doing to us?!

A lack of time also leads to a lack of attention. Folk have less time to forge meaningful connections and become only interested in what others can offer right now. In other words, we’re becoming more shallow. If you don’t believe me check out how many people on hook-up apps want you to play the field! We also have less time for: other people’s mistakes, politeness, art with little drama or action and privacy… Cause we’ve gotta get that dopamine! 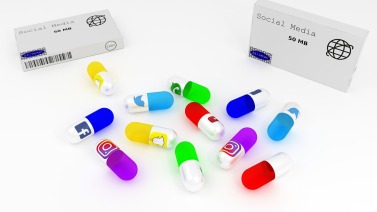 Self-appreciation is another king coronated by neoliberalism: whether it’s the Facebook status reeking of moral high-ground or the ever-constant poser in the Insta photos. All uploaded for cheap ‘n’ easy likes…

The drive to be appreciated by others also creates a monoculture. Have you ever noticed how lots of people have the same image? Fly to NYC or Barcelona and you’ll find little variance. By following the trend of looking different to be instantly sexy, many people look the same! Ironic for a society which promotes individuality, no?

Millennials are the first generation to have been born into this kind of culture and so we’ve embodied many of its self-interested traits. For example, it’s now more acceptable to drop people at a whim and be a dick about their value – in fact it’s sometimes admired.

The only cure to this madness is gratitude. Appreciating what we have and who we have will bring us the satisfaction we all crave. Granny knows this all too well, living in the aftermath of a world war where friends had vanished and nothing worked. She knows what matters when things go tits up.

Oh well.. who cares anyway? Get over it, right?